The West produced the first civilization in which societies function primarily to elevate the dignity of the individual and protect his liberties. This emphasis on liberty, however, has produced passionate culture wars, in which proponents of each side of various issues see their policy preferences as necessarily following from the demands of a free society.

This course begins by exploring the development of Western understandings of liberty from ancient to modern times, before proceeding to analyses and discussions of four culture war issues in which each side claims that liberty demands that its side prevail: religious liberty, firearms, abortion, and the death penalty. We will read some of the best arguments for each side of the issue, critique them during debates, and consider alternatives. 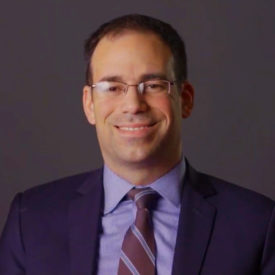 Rabbi Mitchell Rocklin serves as the president of the Jewish Coalition for Religious Liberty and is also a resident research fellow at the Tikvah Fund. He received his PhD in history from the CUNY Graduate Center, held postdoctoral fellowships at Princeton University and Yeshiva University, and taught at both CUNY and Princeton. He is also a Chaplain in the Army National Guard with the rank of Major. Rabbi Rocklin has served as a member of the Rabbinical Council of America’s Executive Committee and Military Chaplaincy Committee, and as a congregational rabbi in Connecticut. His writings have appeared in a number of publications, including The Los Angeles Times, National Review Online, The Daily Wire, The Forward, The Public Discourse, and Mosaic.