Is American Culture Good for the Young?

Rabbi Meir Soloveichik, host of the Bible 365 podcast, and Christine Rosen, senior writer at Commentary Magazine, explored the deeper assumptions shaping our cultural environment today—about rights, free speech, tolerance, and inclusion; how social media is being used to influence young hearts and minds; why schools and universities are embracing ideas like “critical race theory” and “intersectionality”; and how Jewish parents and Jewish leaders should respond. The Confident Jew Heads to College

What should young American Jews seek and expect from college today—intellectually, religiously, politically? What is college for, and what are the challenges and opportunities for Jewish and Zionist students today? Three Tikvah alums—Adam Hoffman from Princeton University, Raina Weinstein from the University of Chicago, and Talia Katz from the University of Michigan—shared their insights and advice to Jewish families grappling with the college question. They were joined by legendary Harvard professor Ruth Wisse. 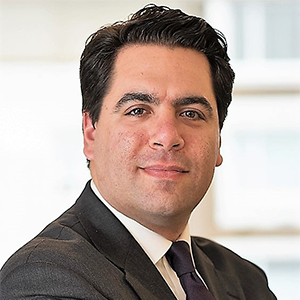 A Conversation with Jonathan Silver and Liel Leibovitz
Recorded December 13, 2021

Hosted live at the Young Israel of Scarsdale, two of America’s leading editors and thinkers—Jonathan Silver and Liel Liebovitz—consider the new set of challenges related to race, gender, religious identity, and the meaning of America itself. In this cultural minefield, how can we educate our children to be committed citizens, proud Zionists, and courageous Jews? How deeply have anti-Semitic and anti-Zionist ideas penetrated mainstream American culture and universities? How can parents reassert their authority in shaping the moral and religious formation of their children? A Conversation with Dara Horn and Eric Cohen
Recorded January 10, 2022

Dara Horn is one of the most imaginative Jewish minds of her generation—novelist, essayist, scholar of modern Jewish literature, and author of the provocative new book, People Love Dead Jews. She is also a Jewish mother, and in this conversation with Tikvah Executive Director Eric Cohen, she will share her own ideas about how to form deep Jewish attachments in children: how to make Jewish holidays, Jewish books, and Jewish experiences come alive.

Jews and non-Jews alike often obsess about the dark moments of Jewish history, perhaps as a way of avoiding the real threats facing Jews today and sidestepping the creative responsibility of passing down our rich Jewish inheritance to the next generation. Is there a better way? What Jewish Parents Need to Know about Their Children’s Security

The hate crimes unit of the New York City Police Department is investigating three more incidents of anti-Semitism, all from this past weekend. Two of them were violent, physical attacks, and one was graffiti. Just over a week ago, Nazi symbols were painted onto the pillars of Washington, D.C.’s Union Station. And of course, just weeks before that, on January 15, a British jihadist took hostage four members of Congregation Beth Israel, a small synagogue in Colleyville, Texas.

In this discussion on the threat landscape facing American Jewry, Mosaic editor Jonathan Silver hosts a briefing with the deputy national director of the Community Security Service, Richard Priem, and an exploration of the deeper significance of anti-Semitism’s return to the forefront of American consciousness with Commentary editor John Podhoretz. 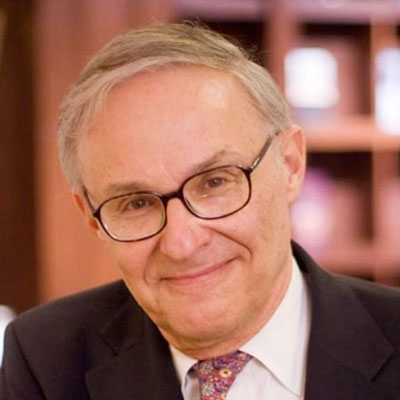 Grandfathers and grandmothers possess and embody great wisdom. Many Jewish grandparents remember Jewish life before the Six Day War of 1967, and even before Israel’s founding in 1948. They remember the history of Jewish fragility, and so they understand the value of cultivating deep Jewish attachments in their grandchildren.

For this discussion about why—and how—Jewish grandparents can connect with the rising generation, we are thrilled to welcome Dr. Leon Kass—physician, scientist, author, one of the most esteemed public intellectuals of our generation, and, most importantly, proud grandfather.

Dr. Kass joins Eric Cohen, executive director of the Tikvah Fund, to discuss how grandparents can convey their wisdom to the young. Talking to your Children About Israel

On today’s college campuses and even in some high schools, organized animus against Jews and Zionists abound. As parents to young adults who are facing this reality, how can we better understand the anti-Zionist playbook and prepare our children to respond effectively? What tools and strategies can we impart to them to best prepare them for their classrooms, campuses, and beyond? Mosaic editor Jonathan Silver explores these issues with Alyza Lewin, the president of the Louis D. Brandeis Center for Human Rights Under Law, who has been at the forefront of public debate over illegal discrimination against Jewish students at the hands of anti-Israel activists.