Join Tikvah and Rabbi Meir Soloveichik for a sweeping study of the most interesting and important Jewish statesmen of the past two millennia.

Over the past two millennia, Jews have compiled a remarkable corpus of texts on the great human questions: masterworks of legal reasoning, philosophy, ethics, and mysticism. And in the modern era, Jews attained brilliant achievements in natural science, art, and literature. Yet in the realm of political thought and statesmanship, Jewish writings seem to be few and far between. Maimonides’s Guide for the Perplexed is a Jewish version of Aristotle’s Ethics but not his Politics. Yehuda Halevi’s Kuzari rightly reminds us of some of Plato’s wisdom-seeking dialogues but not his Republic. This tragic and intriguing gap in Jewish thinking reflects the fact that during centuries of powerlessness, Jewish statesmen were rare; great affairs of state were less critical to the Jewish people than religious law and communal survival.

Yet as we study the remarkable history and great texts of the Jewish people, we can discover Jewish political leaders of enormous import: some firmly bound to Judaic religious teachings and others less so, but all of them men and women whose Jewish identity played an important role in their careers and achievements. And surely the great founders of modern Israel looked back to their great forebears for guidance and inspiration in advancing one of the greatest political feats in human history: the re-founding of the sovereign Jewish state.

In this series of lectures, we will study some of the most interesting and important Jewish political figures over the past two millennia—from King David to Queen Esther, from Yochanan Ben Zakkai to Don Isaac Abravanel, from Benjamin Disraeli to Herzl and Begin. In the process, we will ponder what Jewish tradition uniquely teaches about the nature of statesmanship, and what we must bear in mind as we prepare and mold the Jewish and Zionist political leaders of the future.

Registrants will be emailed a link to each live lecture on the day of each session, with an additional reminder sent approximately one hour before the stream begins.

Every lecture will also be recorded and sent to registrants within 36 hours of each lecture’s conclusion. What Abraham is to Jewish fatherhood and Moses is to Jewish faith, David is to Jewish politics. David is without question the greatest king in Jewish history, the standard against which all others are measured. As we study his story, we encounter stunning successes and tragic failings. Why is David considered the Jewish political ideal? A study of David’s life and character reveals what is unique about the Jewish understanding of statesmanship, and why truly great Jewish political personalities are always judged by the manner in which they imitate this remarkable monarch. 2. Esther: The Birth of Diaspora Politics

The book of Esther introduces us to a Jewish woman in a Persian court, her religious and national identity hidden, trapped in an impossible political situation. As we proceed in the text, Esther’s personality evolves from hesitant queen to bold political actor. What lessons does Esther teach us about the nature of Jewish political leadership in a Gentile world? What is the Esther paradigm of Jewish political guile and courage in the face of powerful enemies and potential allies? The Hasmonean Dynasty, popularly known as the “Maccabees,” established the first independent Jewish monarchy in the Second Temple era. Yet the family that began with the military heroism of Mathias and Judah and the miracle of Hanukkah devolved into a disastrous dynasty marked by infighting and scandal. One striking exception stands out: Shlomzion, or Salome Alexandra, known as the only true queen regnant in Jewish history. Her reign is recorded by the rabbis as a rare golden age. But who was this great political heroine, and how did she overcome all the obstacles in her life to reign forever as the queen of Jewish hearts? 4. Yochanan Ben Zakkai and the Endurance of Israel

The sage Rabbi Yochanan Ben Zakkai did not devote his life to politics, but his legacy is bound up with two defining political moments: his dawning realization that Jerusalem was doomed to destruction at the hands of the Romans, and his initiative in ensuring a haven for Jewish continuity outside of the Judean capital. To study his life is to learn the heartbreaking and terrifying decisions he was forced to make as a Jewish leader in a time of crisis, and the astonishing sacrifices and tragic judgments that he made for the sake of preserving the Jewish future. Isaac Abravanel is sui generis in Jewish history: the statesman rabbi who combined his experience in statecraft with an enduring commentary on the most political texts in the Bible. His own career was marked by dizzying highs and terrifying lows: from wealth and power in Portugal to fleeing for his life from the country; from minister of Ferdinand and Isabella to expulsion from Spain; from serving kings to falling in love with the structure of the Venetian republic. This man combined faith in Providence with an understanding of politics in way not seen in Judaism for some time, and his legacy impacted one very important modern Jewish family named Netanyahu in a way that impacts the Jewish people to this day. 6. The Many Dreams of Menasseh Ben Israel

Menasseh Ben Israel went from living secretly as a Jew in Catholic Portugal to becoming a friend of Rembrandt and the most widely read Jewish author in the Christian world. Toward the end of his life, he undertook an astonishing political goal: to ensure restoration of the Jews in England. His attempt at statesmanship must be taken in tandem with his remarkable religious vision, and a rediscovered appreciation of his achievements allows us to learn important lessons about Jewish visionaries throughout our history. Barely known today, Mordecai Manuel Noah was the most famous American Jew of the first half of the nineteenth century. This idiosyncratic individual conceived of a Zionist return to the holy land decades before Herzl, and he understood the promise of America at a time when Jewish leaders in Europe were blind to America’s promise for Jews and significance for world history. A closer examination of his life and legacy provides new perspective on the challenges and opportunities facing American Jewry today. 8. A Blank Page: The Complex Identity of Benjamin Disraeli

Baptized by his father as a young boy, Benjamin Disraeli was granted entry into the halls of British parliamentary power because of his status as a Christian. But the man never ceased to speak with pride of his Jewish ancestry, and he was seen as a Jew by fellow statesmen who came to admire his great political skill. What role did Disraeli’s Jewish identity and attachments play in life, and what can Jews learn from his myriad political achievements? The miraculous nature of Theodor Herzl can be appreciated by studying the paradoxes that marked his life. An assimilated Austrian journalist suddenly became one of the greatest guarantors of Jewish identity; a man who sought a pragmatic place of refuge for the Jews came to appreciate the religious nature of his heritage; a man who believed a Jewish state would cure the world of anti-Semitism by normalizing the Jewish people instead proved that the Jews are anything but normal. What are we to make of this remarkable man, and what lessons can be learned from his life for the future of the Jewish state that vindicated his dream? 10. A Boy from Brisk: The Covenantal Zionism of Menachem Begin

Menachem Begin was not the most important figure in the birth of Israel, but he was the Israeli founding father who placed Judaism, and the covenantal bonds joining the Jewish people, at the heart of his Zionism. That is why, perhaps more than any other modern Jewish leader, his story continues to inspire us—and perhaps why he is so missed in modern Israel today. This boy from Brisk (the very community led by the Soloveichik family) married his thick Jewish identity with the revisionist politics of Jabotinsky. What allowed this very humble man to embody, more than any other leader of his era, the essence of Jewish statesmanship? Concluding Lecture: Miracle at the U.N.: 1947 and the Future of Jewish Statesmanship

As we look back on the many miraculous moments leading up to the birth of the modern State of Israel, few are more remarkable than the events surrounding the United Nations vote on partition. It is a tale of President Truman overriding George Marshall thanks in part to the president’s friendship with the Jewish Eddie Jacobson; of the Soviet Bloc joining the West in a rare moment of unity; and many other astonishing events. But what seems supernatural is also a story of statesmanship: of the efforts of Chaim Weizmann, Abba Ebban, and others who toiled on behalf of Zionist diplomacy. In a concluding lecture, we will look back at the partition vote, and use it, and all we learned during these lectures, to look ahead and ponder the Jewish political future. 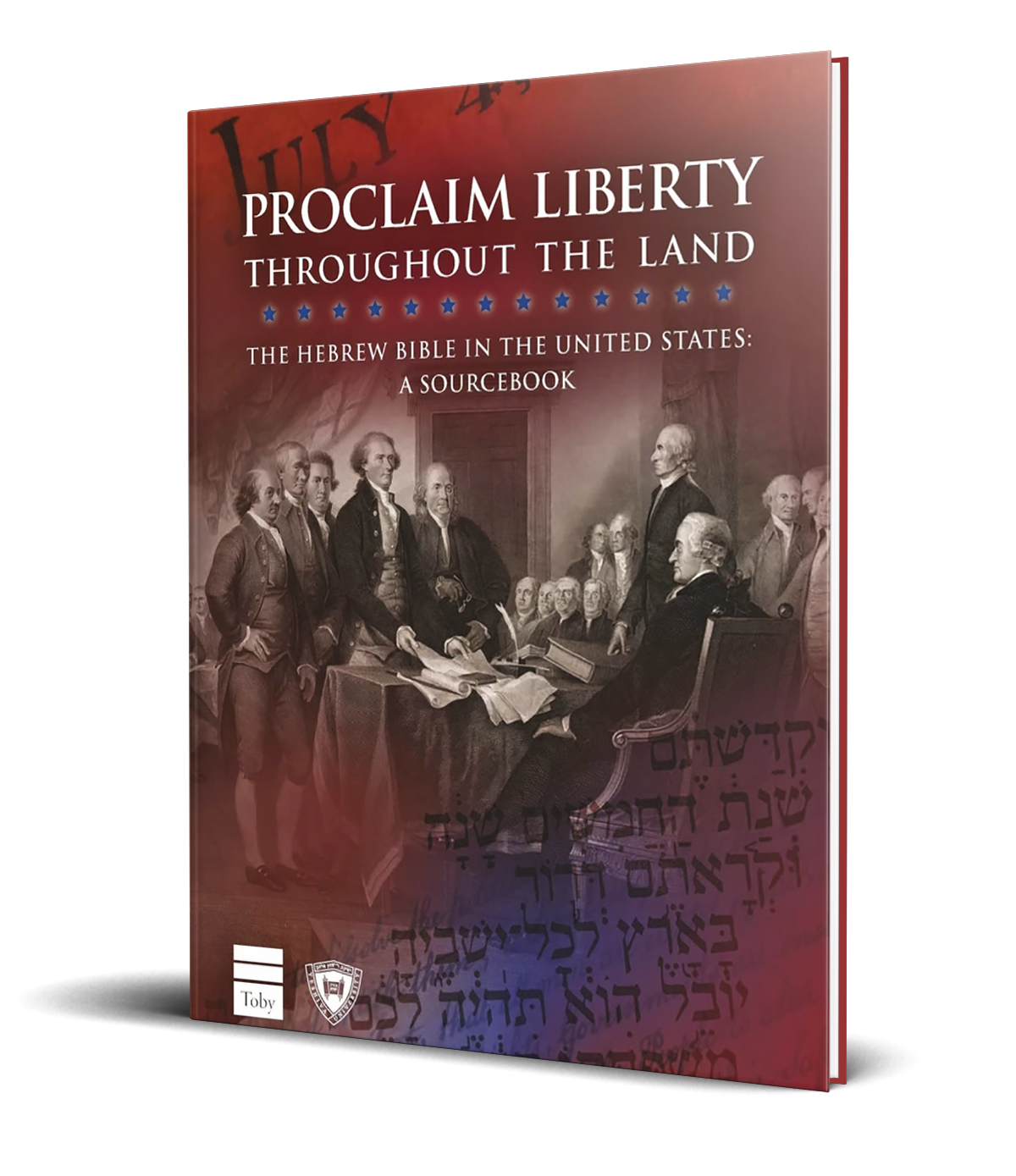 This form may not work if you are using older versions of Internet Explorer or Microsoft Edge as your web browser. If you are able, please switch to Google Chrome, Firefox, Safari, or Opera. If you continue to have difficulty,
please contact us at info@tikvahfund.org.
If you would prefer to make a gift by check, please make it payable to “The Tikvah Fund” and mail it to: The Tikvah Fund, 165 East 56th Street, 4th Floor New York, NY 10022.