The Education of Tikvah’s Leaders:

Join us for three one-on-one conversations with Tikvah Chairman Roger Hertog, Tikvah board member and statesman Elliott Abrams, and Tikvah senior fellow and 2021 Herzl Prize laureate Ruth Wisse. We will explore the great challenges facing the Jewish people, and they will reflect on their own lives in the Jewish, Zionist, and American arena: What do they each care about most as Jews, and why? What are the key lessons they have learned along the way about politics, culture, education, and ideas? How do they each understand Tikvah’s mission and strategy? Our Executive Director Eric Cohen will engage these three fascinating figures in a wide-ranging set of discussions.

Registrants will be emailed a link to each conversation on the day of each session, with an additional reminder sent approximately one hour before the event begins.

Every event will also be recorded and sent to registrants within 24 hours of each lecture’s conclusion. Building Tikvah: Inspiring the Next Generation of Jewish Leaders

For decades, Roger Hertog has been one of the key architects in building some of America’s most important think-tanks and educational institutions—from AEI to the Manhattan Institute, from the New York Historical Society to the school-choice and charter school movement, from the Shalem Center to the Tikvah Fund. As Tikvah’s Chairman for almost 20 years, he has advanced two key ideas: ideas matter and invest in young people. In this conversation, he will reflect on the teachers and thinkers who influenced him along the way; on how working with Tikvah shaped his deepening identity as a Jew and a Zionist; and what he sees as the great challenges ahead for the Jewish people and Jewish state. America and Israel: A View from the Arena

Elliott Abrams has been directly involved in some of the most consequential policy battles of our time—from the Soviet Jewry movement to the Reaganite strategy to win the Cold War, from advancing human rights around the world to fighting the war on terror, from strengthening the US-Israel relationship to confronting the Iranian threat. He is also one of the most important foreign policy thinkers of our time, including important books on the Israel-Palestinian peace process and the larger goals of American foreign policy. Less well known, he is also the author of an important book on the future of American Jewish life. In this conversation, Mr. Abrams will reflect on his wide range of experiences in the American, Israeli, and Jewish arena, and discuss how he sees Tikvah’s role in advancing a new Jewish strategy for the challenges ahead. 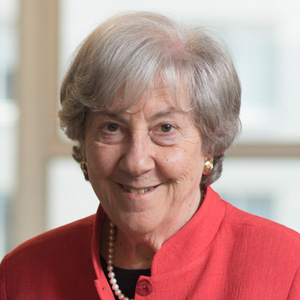 Jews Without Apology: On Jewish Literature and Jewish Courage

Professor Ruth Wisse is one of the most significant Jewish scholars of her generation—a master teacher of Jewish literature at Harvard, author or editor of books on everything from Jewish humor to Jewish power to the modern Jewish canon, and one of the founders of the entire field of modern Jewish studies. But what sets Prof. Wisse apart is her intellectual and moral courage as a defender of Jewish civilization and modern Israel against its many cultural, political, and ideological enemies and detractors. In this conversation, Prof. Wisse will reflect on why Jews should re-think their love affair with American universities, and what the Jewish educational institutions of the future might look like. She will also reflect on why teaching Jewish literature is such an important—and too often ignored—source for understanding the marvels and complexities of our modern Jewish life. Eric Cohen has been the Executive Director of the Tikvah Fund since 2007. He was the founder and remains Editor-at-Large of the New Atlantis, serves as the Executive Director of the Jewish Review of Books, co-chair of the Jewish Leadership Conference, and is the publisher of Mosaic. He currently serves on the boards of directors of the Ethics and Public Policy Center, the Witherspoon Institute, and National Affairs and on the Editorial Advisory Board of First Things. Mr. Cohen has published in numerous academic and popular journals, magazines, and newspapers, including the Wall Street Journal, the Washington Post, the Weekly Standard, Commentary, the New Republic, and First Things. He is the author of In the Shadow of Progress: Being Human in the Age of Technology (2008) and co-editor of The Future is Now: America Confronts the New Genetics (2002). He was previously Managing Editor of the Public Interest and served as a Senior Consultant to the President’s Council on Bioethics.