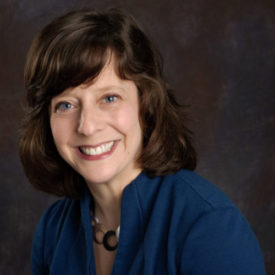 Sarah Skwire is Director of Communications and Senior Fellow at Liberty Fund, Inc., a non-profit educational foundation and the co-author of the college writing textbook, Writing with a Thesis, which is in its 12th edition. Sarah has published a range of academic articles on subjects from Shakespeare to zombies and the broken window fallacy, and her work has appeared in journals as varied as Religions, Literature and Medicine, The George Herbert Journal, and The Journal of Economic Behavior and Organization. She has written frequently for FEE, the Fraser Institute, Bleeding Heart Libertarians, and other print and digital outlets. Sarah’s work on literature and economics has also appeared in Newsweek, The Freeman, and in Cato Unbound, and she is an occasional lecturer for IHS, SFL, and other organizations. She has been featured on podcasts such as Economic Rockstars and Imaginary Worlds. Her poetry has appeared, among other places, in Standpoint, The New Criterion, and The Vocabula Review. She graduated with honors in English from Wesleyan University, and earned an MA and PhD in English from the University of Chicago.