In our cultural moment, society’s justifiably high regard for modern science too often comes with a corresponding sense that questions of morality, religion, politics, and meaning are merely “subjective,” in comparison to the objectivity of scientific experts. Some even think that the merely “subjective” world of morality and politics doesn’t count as real knowledge and is nothing more than power dynamics. If that’s true, what is the role, if any, of human reason in those aspects of life that give meaning and value to our existence as persons, such as faith, community, tradition, art, morality? Is reason confined to the space of mathematics and quantitative natural sciences, or can reason be expanded to include all the questions which matter to humans? Do the worlds of philosophical reasoning and empirical analysis speak different languages? Can these languages be meaningfully brought into conversation with one another? 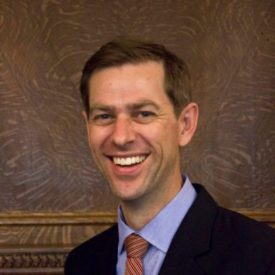 R.J. Snell is the director of academic programs at the Witherspoon Institute in Princeton, NJ, editor-in-chief of The Public Discourse, and occasional visiting instructor at Princeton University. He earned his MA in philosophy at Boston College, and his PhD in philosophy at Marquette University. Research interests include the liberal arts, ethics, natural law theory, Thomas Aquinas, the Catholic intellectual tradition, and the work of Bernard Lonergan, SJ. He is the author of Through a Glass Darkly: Bernard Lonergan and Richard Rorty on Knowing without a God’s-eye View (Marquette, 2006); Authentic Cosmopolitanism (with Steve Cone, Pickwick, 2013); The Perspective of Love: Natural Law in a New Mode (Pickwick, 2014); Acedia and Its Discontents (Angelico, 2015); and co-editor of Subjectivity: Ancient and Modern and Nature: Ancient and Modern, as well as articles, chapters, and essays in a variety of scholarly and popular venues. He and his family reside in the Princeton area.