Gift a Jewish Ideas and the American Founders Course Enrollment Rabbi Dr. Meir Y. Soloveichik is director of the Zahava and Moshael Straus Center for Torah and Western Thought at Yeshiva University and the rabbi of Congregation Shearith Israel, the oldest Jewish congregation in the United States. Prior to this, Soloveichik served as associate rabbi at Congregation Kehilath Jeshurun in Manhattan. Rabbi Soloveichik has lectured throughout the United States, in Europe, and in Israel to both Jewish and non-Jewish audiences on topics relating to Jewish theology, bioethics, wartime ethics, and Jewish-Christian relations. His essays on these subjects have appeared in the Wall Street Journal, Mosaic, Commentary, First Things, the Jewish Review of Books, Tradition, and the Torah U-Madda Journal. In August 2012, he gave the invocation at the opening session of the Republican National Convention in Tampa, Florida. He is the son of Rabbi Eliyahu Soloveichik, grandson of the late Rabbi Ahron Soloveichik, and the great nephew of the late Rabbi Joseph B. Soloveitchik. 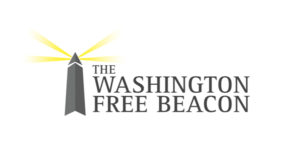 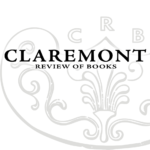 Rabbi Soloveichik traces the life of Jonas Phillips, a German Jew who came to America in 1756 as an indentured servant and became a dedicated patriot who fathered of one of America’s most important Jewish families.

What relation did the founding have to Judaism? Rabbi Soloveichik investigates the story surrounding the creation of the United States’ official seal and the committee convened to determine that what the seal would be.

Though Thomas Paine was a non-believer, the heart of his Common Sense draws on the Hebrew Bible.

Returning to the Phillips’ family story, Rabbi Soloveichik recounts the occasion of the marriage of Jonas’ daughter Rachel and the founding father who attended her wedding.

Ratification of the Constitution was a contentious process, but America’s Jews, in contrast to many other religious groups, supported ratification by large margins.

After George Washington’s inauguration, the divided Jewish communities of the new nation sent him three separate letters. His responses teach us a great deal about America's relationship with the Jewish people.

Thomas Jefferson and John Adams—the founding generation’s preeminent intellectual leaders—differed mightily about the value of the Jews and Judaism.

The Jewish wedding canopy reminds Americans of their distinct conception of religious freedom and the remarkable possibility of integration without assimilation.

Join Rabbi Dr. Meir Soloveichik as he explores the life and legacy of Jonas Phillips, the first truly American Jew, and sheds light on the Jewish ideas that inspired America’s Founding Fathers.