The emergence of Zionism and the founding of the Jewish State saw great rivalries and cultural revolutions propelled by competing Zionist visions and ideologies. These critical divides forced Zionist leadership (and later, Israeli society) to confront foundational questions: Is Zionism a political or cultural movement? Is the use of force an acceptable means to achieving national independence? What is the place of the Holocaust in the national identity and memory? What role does halacha play in determining Jewish identity and Israeli citizenship?

Through an examination of founding Zionist thinkers, key historical events, and great debates, this course aims to explore the political and cultural landscapes of Israel, uncovering the enduring complexities and triumphs of the Zionist project and the Jewish state. 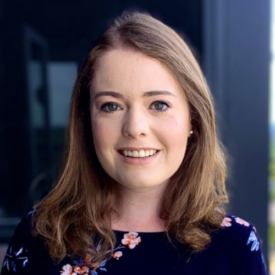 Ms. Sarah Wapner is a program manager at a private foundation in New York City. She previously served as the impact and recruitment officer at the Yeshiva University Straus Center, and taught humanities at Bnei Akiva Schools of Toronto. Sarah received her undergraduate degree from the University of Toronto, where she majored in political science and Jewish studies. Sarah is an alumna of the Krauthammer Fellowship (2021-2022) as well as fellowships at the Tikvah Fund, the Hertog Foundation, and the American Enterprise Institute. Sarah has served as a faculty member on several of Tikvah’s educational programs, including Tikvah Online Academy, the Truman Scholars Program, the Millstone Scholars Program, and the Tikvah Scholars Program.