Moments of Decision, Great Debates: Judaism in the 20th Century 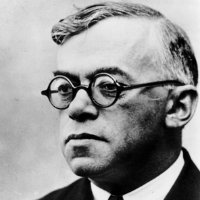 The history of the Jewish people in the 20th century is one of great dramas in human history—with tragedies and triumphs, ideological battles and great leaders, heroic achievements and existential failures, that together offers an education in the problems and possibilities of mankind writ large. For Jews, this history defines where we have been and who we have become; and it sets the terms for what we should do and how we should live, as a people and a nation, in the decades ahead. The big battles, the grand arguments, the great leaders, the moments of decision—the people and events that shaped the Jewish past will help define, for better or for worse, the possibilities for the Jewish future.

This course will study 20th century Jewish history by looking at a few of these key leaders, moments, and debates. With intellectual historian Allan Arkush, we will study Theodor Herzl and his critics, and then, along with Israeli intellectual Ran Baratz, the great debates between Jabotinsky and Weizmann over the meaning and strategy of modern Zionism. With Middle East scholar Michael Doran, we will study the great battles and bold decisions that surrounded the birth of Israel in 1948. With Rabbi J.J. Schacter, we will explore the theological arguments that helped define Jewish life in mid-century America. With Henry Kissinger, we will discuss his own role in the grand diplomacy surrounding the Yom Kippur War. With Elliott Abrams, former Middle East Advisor to the U.S. president, we will explore the Soviet Jewry movement and the last two decades of efforts to forge a new and stable peace between Israel and its neighbors.

Elliott Abrams is Senior Fellow for Middle Eastern studies at the Council on Foreign Relations. He served as Deputy Assistant to the President and Deputy National Security Advisor in the administration of President George W. Bush, where he supervised U.S. policy in the Middle East for the White House, and as Special Representative for Iran and Venezuela in the administration…
» Learn more
Michael Doran

Dr. Michael Doran is a Senior Fellow at the Hudson Institute in Washington, D.C. He received his Ph.D. in Near Eastern Studies from Princeton University and held numerous high-level positions in the administration of George W. Bush. He appears frequently on television and has published extensively in Mosaic, Foreign Affairs, the American Interest, the Wall Street Journal, the Washington Post,…
» Learn more
Henry Kissinger
Allan Arkush

Allan Arkush is Professor of Judaic Studies and History at the State University of New York at Binghamton and Senior Contributing Editor of the Jewish Review of Books. He holds degrees from Cornell University, the Jewish Theological Seminary, and Brandeis University. He is the author of Moses Mendelssohn and the Enlightenment and co-editor of Perspectives on Jewish Thought and Mysticism: Essays in Memory…
» Learn more
Ran Baratz

Rabbi Dr. Jacob J. Schacter is University Professor of Jewish History and Jewish Thought and Senior Scholar at the Center for the Jewish Future at Yeshiva University. He is the co-author of A Modern Heretic and a Traditional Community: Mordecai M. Kaplan, Orthodoxy, and American Judaism (with Jeffrey Gurock, 1996) and the editor of Jewish Tradition and the Nontraditional Jew (1992) and Judaism’s Encounter with…
» Learn more