Harry Ballan is the founding dean of both the Tikvah Online Academy and Tikvah’s Abraham Lincoln Teachers Fellowship. Dr. Ballan holds a BA, MA, MPhil, and PhD from Yale University and a JD from Columbia Law School. He clerked for Chief Judge Wilfred Feinberg of the United States Court of Appeals for the Second Circuit and was for many years a partner at Davis Polk & Wardwell LLP, a leading international law firm. He is currently managing director in Alliant Insurance Services’ Global M&A Group. Dr. Ballan has taught at several leading universities on subjects ranging from law and intellectual history to neuroscience, and was dean of Touro Law School before joining Tikvah. Anne Continetti is currently a faculty member at St. Albans’s School of Public Service, a summer program for rising seniors in high school. Previously, she was a history teacher at St. Albans School in Washington, D.C. and the Madeira School in McLean, Virginia. She worked as a curriculum consultant designing common-core-aligned lesson plans to accompany the What So Proudly We Hail curriculum, and her lesson plan for Martin Luther King Jr.’s “I Have a Dream” speech was featured on www.sharemylesson.com. Mrs. Continetti graduated from Washington University in St. Louis with a degree in History and received her Master’s in Education from The George Washington University. Prior to teaching, Mrs. Continetti worked as an advance staffer on a presidential campaign and was a political analyst at the American Israel Public Affairs Committee (AIPAC). She is a member of the Board and active in the PTO at her children’s school, Gesher Jewish Day School. Mrs. Continetti lives in McLean, Virginia, with her husband, Matt, and two children, Leo (7) and Charlotte (5). Harry Halem holds an MSc in Political Theory from the London School of Economics and Political Science, and an MA (Hons) in Philosophy and International Relations from the University of St Andrews. He is a researcher at the Hudson Institute’s Center for American Seapower and the Cambridge Middle East and North Africa Forum. He is primarily interested in maritime strategy, international security, and the history of political thought. Devorah Goldman is the Tikvah Visiting Fellow at the Ethics and Public Policy Center and a contributing editor at American Purpose. Previously, she was an editor at National Affairs and a legislative staffer in the Senate. Her writing has appeared in National Affairs, The Weekly Standard, The New Atlantis, Bloomberg BNA, The Washington Times, and other outlets. Devorah received a BA from Queens College and a master’s in social work from Hunter College. Daniel Gutkind recently graduated with honors from the University of Chicago, where he studied Economics and Fundamentals: Issues and Texts. He received the Jamie Redfield Award for Excellence in Fundamentals, awarded to the student who has earned the highest honors scholastically in the Fundamentals program. In July 2021, Daniel will begin working at Guggenheim Partners as an investment banking analyst. Daniel has taught and co-taught courses for the Tikvah Online Academy on Zionist intellectual history, money and morality, and the American economy. He has also led Tikvah reading groups at the University of Chicago and Oxford. Matt Holbreich is the Chief of Staff at Medable, a life science software company and visiting assistant professor at the Straus Center for Torah and Western Thought, where he has taught courses on philosophy, literature, film, and American political thought, among others. He is the co-editor with Rabbi Meir Soloveichik, Stuart Halpern, and Jonathan Silver of the sourcebook, Proclaim Liberty Throughout the Land: The Hebrew Bible in the United States. He received his PhD in political science from the University of Notre Dame, where he was a Lilly Presidential Scholar, and his JD from New York University School of Law. Jeremy Rozansky currently serves as a law clerk to Judge Diarmuid F. O’Scannlain of the United States Court of Appeals for the Ninth Circuit. He holds an AB and a JD from the University of Chicago. Before law school, he worked as an editor at National Affairs and the Tikvah Fund. Jonathan Schatz-Mizrahi is originally from New City, New York and just completed his master’s degree in Political Thought and Intellectual History at the University of Cambridge. Previously, Jonathan taught AP World History at Success Academy High School of the Liberal Arts where he developed a passion for teaching and an interest in the theory of education. Jonathan graduated from Columbia University in May 2019 with a degree in history. Yishai Schwartz is currently a Bristow Fellow in the Office of the Solicitor General of the United States. Previously, he was a law clerk to Judge Jose Cabranes of the United States Court of Appeals for the Second Circuit and Judge Kenneth Karas of the United States District Court for the Southern District of New York. He has also been an associate editor at Lawfare and reporter-researcher for The New Republic. His writing on national security, law and culture has also appeared in National Affairs, Foreign Policy, Town and Country, and Comment as well as a variety of Jewish publications. He is a graduate of Yale College and Yale Law School.

Benjamin Silver is a PhD student in the Committee on Social Thought at the University of Chicago. Before returning to school, he worked as an assistant editor at National Affairs. Beginning in 2022, he will clerk for Judge Steven J. Menashi of the United States Court of Appeals for the Second Circuit. He is currently writing a dissertation on The Federalist, and his other writing has appeared in publications such as Mosaic, Commentary, First Things, and The Jewish Review of Books. He holds an AB and an AM from the University of Chicago as well as a JD from Yale Law School. Aaron Tugendhaft studied history and philosophy at the University of Chicago, the Hebrew University of Jerusalem, and the Sorbonne. Since receiving his doctorate in ancient Near Eastern Studies from New York University in 2012, he has taught broadly within the humanities on four continents and has become a staunch advocate of traditional liberal education as a corrective to premature professionalization, academic hyperspecialization, and political polarization. His most recent book, The Idols of ISIS: From Assyria to the Internet (University of Chicago Press, 2020), is a philosophical meditation on an Islamic State video of iconoclasm that explores the political power of images and the significance of their destruction. This fall, he will join the history department and become director of interdisciplinary programs at the Ramaz School in New York City. 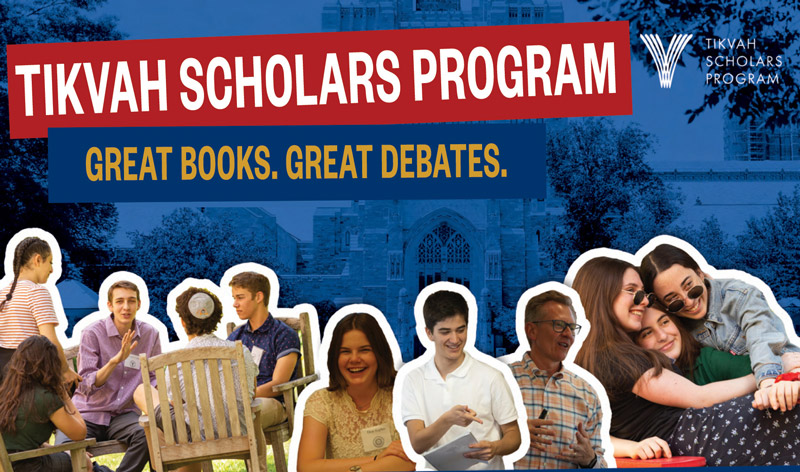 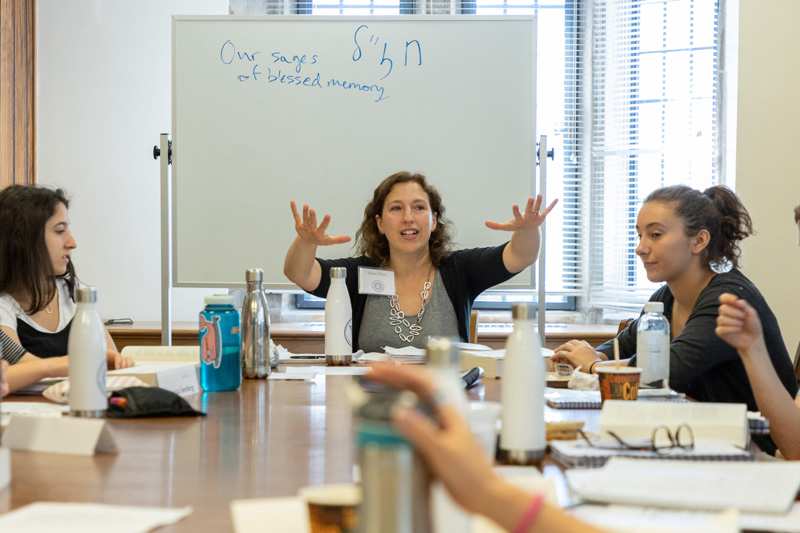